Honestly speaking you need to have a calling for some jobs. We all know about nursing and teaching. Working as a cabin crew staff is definately a calling.

So on this BA flight from Abuja to London (6/1/19), well the cabin crew staff definately got my attention. I even had to take a note of the name of this particular  cabin crew member, Gary Parker. He deserves an accolade. Patience, empathy and charity are but a few of the skills he exhibited to deal with my fellow passenger.

Dealing with people is not an easy something. The woman sitting in front of me (window seat) requested, and was given a minimum of 6 bottles of wine. I concluded that she either has some kaikai issues or some hoarding problem. Even me I was irritated. Some adults have no etiquette. She could have jejely drank gin before boading, haba. The cabin crew members can not pass by without her asking for red wine. Abi is it medicine. I also concluded that because the majority of travellers were students returning back to school (my observations), they probably had enough wine for her constant request.

Then there was this elderly lady, who had priority boarding. I gathered that English was a foreign language or maybe something else because there was alot of explaining things to here, over and over again. Again she had an aisle seat to my left. Unfortunately her neighbours were all young adults. So Oga Gary Parker was literally an adult minder. It’s not easy navigating one’s self around milk and sugar sachets. Oga Gary not only had to pour the tea, he also assisted her by adding all the ingredients for the tea. He did this very patiently. She even managed to spill her tea as she was not familiar with the tray machanisim. Again, Oga Gary tried his best to explain the tray device and cleaned up as much as he could.

I figured it may have been the occupants of the flight that made the flight quiet and comfortable. All around me study books and study guides were open and being used. All in all it was a hassle free flight for me as a passenger. It would be nice to get the opinion of the cabin crew.

One final note, I ate their plane food. Just the  pasta, a bit salty but no adverse reaction. Apart from the normal visit to the ladies…. 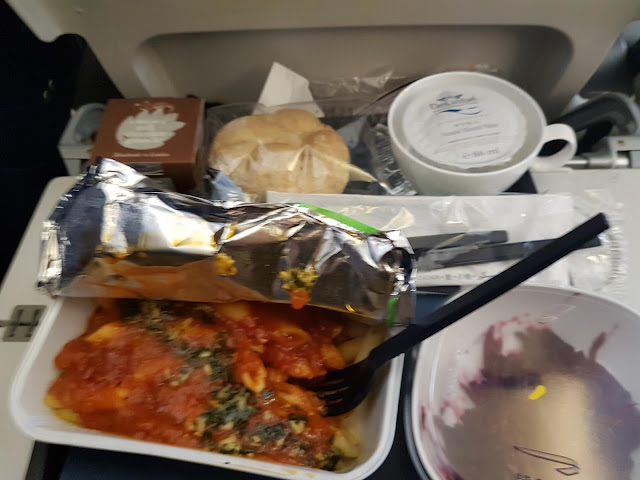 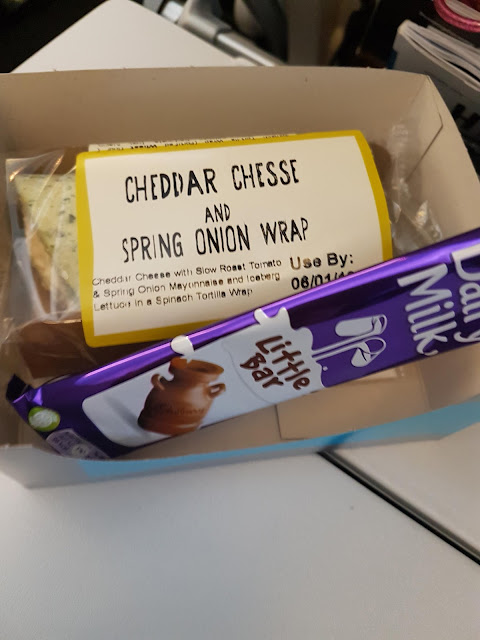