So at some point in August I finally decided to send things to Nigeria to the less privileged. The pictures below where actually taken on the 16/11/18. The goods were still in Lagos at this point.

The collection of these items by the shipper was on the following day, my birthday, 18/8/18…. 3 months ago🙄. I would never forget that day because the shipper… who came to collect the items, ended up following myself and my friends to the club…🤣🤣🤣🤣🤣🤣🤣🤣 A story for another day.

Yes, indeed another clear out. I have been thinking about this for a while.  I am constantly using clothes bins to discard the clothes in my household. I am used to that. The difficulty with getting rid of these set of clothes… well they are traditional clothes… I wanted to send them to those who will appreciate the value.

I have worn these thing no more than once (clothes and one or two shoes)… for the occassion they were acquired …. as a good and loyal aseobi buyer🙈🙈🙈🙈🙈. Some I had made and eventually, I did not get to wear as I had no where to wear them to. Take for instance the blouse I wore to the recent winterball I attended. I made the blouse  last December… wore it for the first time on Saturday… a year later. I thank God for my sewing machine that made the necessary adjustments🙈🙈🙈

I had over 28 head ties… different colours… I hated wearing head ties when I had locs… I still can’t stand them now that I am bald. But they tend to come with the outfit, and I just buy them to support the occasion anyway

The shoes, well that’s what’s left after I took a whole suitcase of shoes as excess luggage last December (2017)… just to give away. Most of the time when i buy shoes, I think it’s a good buy… until I take them home 🤣🤣🤣🤣🤣🤣… then my sense kicks in☹… by this time ive worn them and cant return them…. just like the one I’m wearing today. Looked like a good idea… I forgot I had bonions. That’s my 100quid gone

My friend Edith,  always sends things to Nigeria for her family. She uses this shipping guy that sounded, looked and behaved very friendly and professional. … this is my second shipping venture… the first time was 5 yrs ago… effortlessly shipped 5 suitcases from London to Owerri. Great service… got to the other end and my cases were there.

Things are different this time. The shipper is not as organised. Turns out that he did not put my name on my luggage nor did he take note of the number of bags he collected from me to be shipped. Oh what a palava… what broke the camels back for me is that his partner in Nigeria is demanding an exorbitant fee (70k naira😳  as in seventy thousand) to send my items on to its final destination… Owerri, Imo State…. 70k….  I am dumbfounded….  They think I am an ajeborra cash machine🤑…

I have simply told the London shipper that I can’t afford the cost of sending the goods onwards. I will therefore gift them out in Lagos. His shipper is proving difficult to get hold off to make the arrangement to release my goods.

GOOD HAVE BEEN RESCUED

So I immediately contacted my very able Emmanuella in Owerri. My eyes and ears in Owerri. I promptly summarised the situation to her. Within 72 hours she was able to confirm with photographic evidence that my goods are now on its way to Owerri at a cost of 8k Naira (eight)… thats 62k cheaper than I was quoted by the Lagos shipper…. it’s called a bargain….

I will keep you posted 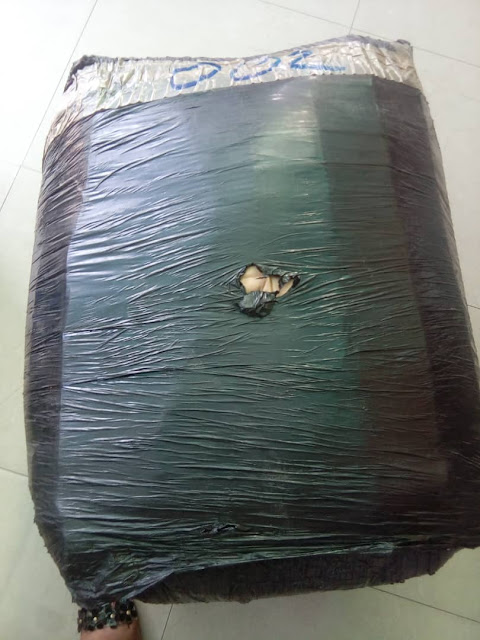 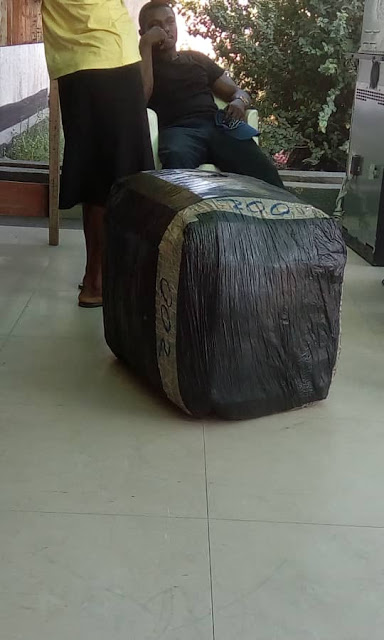